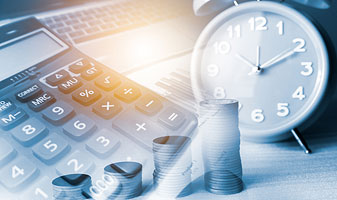 Our members and ten million other working Americans paid into the multiemployer pension system throughout their careers and have relied on its promises when planning for the future. Yet as industries have de-unionized and employers have exited the plans over the last few decades, a handful of pension plans have become severely underfunded. In response to this crisis, the federal government has placed tougher funding restrictions on plans. Notably, in 2006, George W. Bush’s administration signed into law the Pension Protection Act (“PPA”), which placed additional funding burdens on all plans, including ours, despite the long-term health of our plan and our industry. At the same time, the PPA failed to rescue plans at risk of insolvency, which has left us where we are today.

A catastrophic collapse of the multiemployer pension system would have ripple effects across the entire economy, slashing retiree benefits to cents on the dollar and forcing taxpayers to support the newly impoverished retirees. It is imperative that we address the needs of failing pension plans with federal assistance. That's why we’ve supported the Butch Lewis Act, which provides federal assistance to rescue failing plans. This is the only solution to this mounting crisis that would not bankrupt the PBGC or permanently weaken otherwise healthy plans. Removing these plans from the PBGC balance sheet would revitalize the multiemployer insurance program without the need to impose additional excessive surcharges or fees on healthy plans, the principal effect of which would be to increase the risk of future insolvencies.

While we advocate for the Butch Lewis Act, we’re also actively opposing efforts by Senate Republicans to unfairly tax unions and jeopardize the health of all pension plans to save those plans that are failing.