Despite bleak inclusion report stats, Native & Indigenous writers say progress is being made.

October 2021 was busy for Tazbah Rose Chavez. The co-chair of the Native American & Indigenous Writers Committee spent mornings as co-producer in the Rutherford Falls writers’ room and afternoons as co-executive producer with Reservation Dogs. The same month, she went into development on a personal project. Then there was the pilot she had been commissioned to develop. Her schedule is so packed she’ll be stepping down as NAIWC co-chair, while remaining an active member.

“I'm going to direct two episodes of Rutherford, so I've been ready to go into prep for that,” a somewhat breathless Chavez, who is Nüümü, Diné, and San Carlos Apache, tells Connect one evening over the phone. “It’s a very exciting time, for sure.” 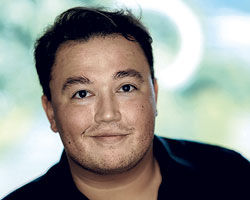 The WGAW magazine Written By predicted such exciting times in Decolonizing Hollywood, a fall 2020 article that recounted the historic and current indignities suffered by Native American and Indigenous people, both on screen and behind it. But after decades of insulting or shallow depictions of Native characters (written by non-Native writers), and with the percentage of Native and Indigenous feature film writers so low as to be unrepresented over the years, the article posited that the television industry was finally waking up to see the value in more nuanced portrayals of Native and Indigenous people, as well as an increased involvement of Native writers.

According to the WGAW’s newly released 2021 Screen Inclusion Report, figures for Native writers remain flat for features. Latest numbers for television won’t be tallied until 2022, but the Guild’s 2020 television figures showed only 1.1% of employed writers to be Native.

But, anecdotally, at least, what a difference a year makes.

“Night and day,” says Lucas Brown Eyes, who is Oglala/Lakota. He’s a producer on Duster, created by LaToya Morgan and J.J. Abrams, and he was appointed recently to the WGAW’s Inclusion and Equity Group, co-chaired by Glenn Mazzara and Shonda Rhimes. “There's now an inclusion that probably feels bigger because it's going from zero, but it feels like a big change,” Brown Eyes says.

Both comedies debuted this year to high visibility, critical and viewer acclaim, and second season renewals. With the first-ever all-Indigenous writers’ room, cast, and directors, and shot in Oklahoma’s Muscogee Nation, Reservation Dogs mounted splashy Hollywood and Tulsa premieres, and Harjo and four cast members appeared as presenters at the Emmy Awards. Said Harjo: “We are here on television's biggest night as creators and actors, proud to be Indigenous people working in Hollywood, representing the first people to walk upon this continent.” 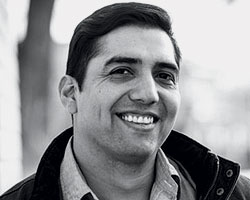 For the Native creative community, much was riding on the reception to these shows, and their success may have helped pave the way for further representation.

NAIWC co-chair Anthony Florez has seen multiple writers on the committee sell varying projects for development this year. “None of them have gotten to air yet, obviously, or gotten that pilot pick-up,” he says. “But there’s projects in the works. And all of those are being written and pitched by Native people.”

Too, NAIWC membership has grown from 4 Native writers when Florez joined two years ago, to 20 or so last year, and more than 40 now.

“It seems like every two months when we have our meeting, there's new writers,” he says. “Old writers who either have gotten back into the WGA or are back in the TV-film world, or are brand new, and are getting hired.”

As executive story editor on Dark Winds, an upcoming AMC series created by Graham Roland, based on Tony Hillerman’s novel about a pair of Navajo cops in the Southwest, Florez noted that six of the seven writers in the room were Native: “The first drama that met that threshold.” Five were entry level, he adds. “AMC knew that the voices were more important than the level of the writer.”

Among other projects in pre-production or development: Harjo and Navajo writer-director Sydney Freeland teamed to write Rez Ball, a Netflix high school basketball drama based on Michael Powell’s book, Canyon Dreams. LeBron James is a producer, and Freeland will direct. Harjo has also partnered with Erica Tremblay (Seneca-Cayuga) to co-create and develop Yellow Bird, a Paramount TV series based on Sierra Crane Murdoch’s book, Yellow Bird: Oil, Murder, and a Woman’s Search for Justice in Indian Country. Netflix announced earlier this year that Barack and Michelle Obama’s Higher Ground Productions would be developing Angeline Boulley’s YA novel, Firekeeper’s Daughter, set on an Ojibwe reservation, to be co-written by Mickey Fisher and the Ojibwe writer Wenonah Wilms. And the multiple award-winning critical hit, Winter Counts, a thriller from David Heska Wanbli Weiden, a citizen of the Sicangu Lakota nation, has been optioned. 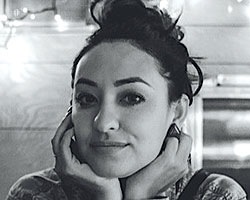 “This year for the Reservation Dogs writers' room, we went from 6 writers to 12,” many of whom hadn’t been staffed before, Chavez says. “And in Season 2 of Rutherford, we added another brand-new Native writer who had never been staffed. So we are also churning out more writers to go work in other shows in the industry. I need non-Native creatives to hire us and to put us in their rooms, because we've shown that we do a good job.”

To that end, in April of this year, the NAIWC organized a Zoom meet and greet for showrunners to connect with self-identified Native committee members. Twenty-six showrunners participated, including Carol Barbee, Howard Gordon, Shawn Ryan, Jenny Lumet, Damon Lindelof, and Sierra Teller Ornelas.

The committee also compiled a document, “I’m Writing a Native Character…Now What?,” containing a list of do’s and don’ts for creators and showrunners. Advice includes pointing out that 60% of Native Americans live in cities rather than in the wilderness or on reservations. The document punctures other clichés, such as the White Savior narrative, the stoic or magical Native, the dutiful wife, stilted Tonto-type dialogue, and flute music to introduce Native or Indigenous characters.

Often executives, producers, and even writers approach the WGAW’s Inclusion and Equity Department asking for help on a project. Though the overriding goal is for productions to hire Native writers, the do’s and don’ts guide can help fill the gap.

“I've had some really amazing people who have approached and have been really genuine about wanting to make sure they get it right. But the token Native thing is there,” says Shelley Dennis, Choctaw, who is pre-WGA and was staffed on The Conners (created by Matt Williams, developed by Bruce Helford & Bruce Rasmussen & Dave Caplan) while participating in the 2021 Disney Creative Talent Development & Inclusion program, developed with the WGAW. “I've been on the receiving end of, ‘We need a Native writer for this, but we've already written a story, and, really, we just want you to come in and pitch this with us.’” In other words, let us use you to create an aura of authenticity. “Instead of trying to tell a story together, or get honest, real feedback.” 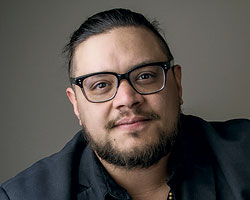 Inclusion may begin with an authentic story, says Florez, “but then it also comes down to casting, to working with the committee, and the Native writers that [producers] hire, using them as resources for selecting cast, and representing our characters—not just on the page, but also on screen.”

“We are still nowhere near the level of representation that we should be at. And it's a hopeful start that it's happening in 2021. Way too late. But it is a very exciting start.”

Thrice Upon a Time: Working with Fairy Tales

Treat Yo Self: Self-Care for Writers